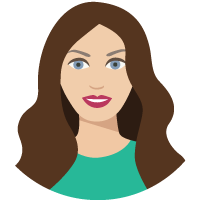 When you're seeking out money to get into business for yourself, you're going to enter a whole new world of numbers. Your loans, mortgages, lines of credit, and credit cards will come with various interest rates and APRs attached, and you'll need to know what all of those numbers mean, or you'll be caught by surprise when you have to start making the payments. It's a good idea to sit down with a financial adviser before you start taking out loans and signing up for credit for your business. You need someone who speaks the language of finance on your side.

Silver Coins Vs Silver Currency: Understanding The Difference In Value

Silver is a universally traded precious metal, but it's also a widely used component in many forms of currency from around the world. Understanding how this impacts the value of silver, and what characteristics further impact silver currency, will help you spot the best deals and avoid costly errors when buying silver in its various forms.

Many Forms of Silver

Coins, bars and ingots are all standard forms to find silver in, and while others exist they are usually finely crafted. Silver in these forms is marked with both the purity of the metal and its total weight, giving even the casual observer a clear starting point. Standard silver coins and ingots have few other embellishments, but some bars may be minted for special occasions, commemorations or other events.

Apart from commemorative items, the value of standard silver coins and bars is measured strictly based on the market value of silver at that time. In some cases, very old and very worn currency may be sold at this level, but will normally find its way into a coin market first. More recently minted currency simply doesn't have a high enough silver content to warrant trade in either arena though, so beware of modern dates.

Whether you're dealing with recently minted silver eagles or heavily worn coins from before the 1960's, these coins have such a high silver content that their melt value is normally quite close to the market price of silver. The silver content of many coins minted in the US since 1965 is limited to a fine veneer, known as cladding. Older coins often carried 90% silver, with the exception of nickels and pennies, and modern silver eagles are intentionally minted with high silver content.

In the case of low quality coins or coins which have been heavily circulated the melt weight far exceeds their face value, making them prime candidates for purchase by silver buyers. For those looking to sell though, it's a good idea to have these older silver coins appraised first, as their condition and age can make them highly prized to the right collector. If you happen to own an older silver coin from this era, which still bears many of its original contours and engraving, avoid selling it at its melt weight until you've had it appraised.

When buying silver (from a local outlet such as Beaverton Coin & Currency), make sure you do so based on the current market value, rather than at a flat rate for each coin. When selling your own silver, make certain that you've done your homework and eliminated the chance that what you're selling might be a collectible piece of numismatic history. In both cases, your diligence will help you avoid regretting the transaction.